More Than A Game: Lessons From Dirk Nowitzki

I had no interest in sports as a kid. I didn’t like to play games that made me sweaty because I was too concerned about my clothes and my hair! Then, I ended up marrying a man who absolutely loves sports, and he wasted no time turning our kids into fanatics! I’ve learned to enjoy watching sports with my family, mostly because I have fun watching their reactions and hearing their high-spirited commentary.

I became more interested in basketball when our son started playing about ten years ago. I’ve been to more camps, practices, and games than I could’ve ever imagined. Basketball is now my favorite sport to watch. Our home team is the Dallas Mavericks, and I’m a MFFL (Mavs Fan For Life)! I don’t know enough yet to talk game lingo with sports aficionados, but what I do know is greatness when I see it. And that is what I see in Dirk Nowitzki, who is recognized as the greatest player in his franchise and one of the best in NBA history. And here’s why.

This year for Dirk marked 21 seasons with one team! A feat that’s never been done by another NBA player, and probably rare in most organizations. He also agreed to take a substantial salary cut to help his team acquire more players during his 20th season. Who does that?! Not many people I know. Dirk told Bleacher Report,

“I think different guys have different priorities. For me, it was always important to be in one spot, one city. You know, the city I basically grew up in. I came here as a child. The city raised me. I always wanted to finish my career here.”

Dirk never entertained offers to leave his team, and Dallas Mavericks owner Mark Cuban chuckled at the idea when asked. Coach Rick Carlisle, the current roster, past teammates and coaches have nothing but good things to say about Dirk. The devotion Dirk has shown to the Dallas Mavericks proves they are not just his team, they are his family. The Dallas Mavericks have made it clear they feel the same way about to him.

Dirk committed to his craft. He trained strategically with Holger Geschwindner, his personal coach from Germany who has become a mentor, friend, and father figure. In an early career interview with ABC, Dirk admitted the NBA was much different and faster paced than he’d played before. He said Holger told him, “You’ve gotta have the work ethic & put on the time to make it in this league.” With Holger’s unconventional tactics, Dirk made adjustments to his techniques where necessary and gave everything he had to be excellent at the game.

However, he never let it go to his head. Recently on NBA.com, in a retrospective feature about his career, Dirk humbly said,

“I never thought one second that I made it. I always wanted to get better.”

He also gave this wise advice to players.

“Always be a student of the game. Always try to get better. Always improve. Never think you know it all. Always work hard. Have fun doing it and keep doing it.”

Over his career, Dirk has set and broken NBA records as a 7-foot dude from Germany that has essentially changed the game. Dirk always stood out because of his stature, and when he came into the NBA, there weren’t many players his height. Since speed was never his thing, Dirk concentrated on his rare characteristics.

Being able to shoot from the 3-point line as power forward was not common when Dirk started. His coaches saw it as an advantage and encouraged him to take the 3-point shot whenever he could, and that strategy paid off! Then about halfway through his career, Dirk developed his signature one legged fade-away jump shot, at the prompting of Coach Carlisle who challenged him to come up with a go-to unstoppable move that would further his game even more. And wow, did it ever!

Dirk’s competitors marvel at his ability to shoot over them with his unique style, and many of them have tried to emulate his trademark shot. But experts say, none can do it quite the way Dirk does. His efforts helped him and his team win the 2011 NBA championship, the first and only one so far for his franchise. Dirk set himself apart not for fame but for the betterment of his game and his team.

Dirk cares about others and giving back to the community. The Dirk Nowitzki Foundation was founded with a mission to help children succeed in the face of challenging life circumstances. He and his wife Jessica work together for this cause and have impacted many lives and families. Their hearts to support people in need is a great example and inspiration.

It’s been a joy to watch this season as the Dallas Mavericks commemorate Dirk’s historical tenure with funny and touching tributes, catchy billboards, and career highlight banners. At this season’s last home game dubbed “DirkDay”, The Dallas Mavericks saluted Dirk with a thrilling fanfare fit for a king!

It’s been interesting to hear the debates and opinions about if he’d come back for another season or not. After much speculation, Dirk made his official announcement to retire. In the postgame press conference, he explained the decision was finalized only a few days before as he evaluated how his ongoing health challenges have affected his ability to compete at a high level and his quality of life.

He explained how he’s put his body through numerous surgeries and treatments that still didn’t fix the issues or alleviate the pain. Even though many fans would like to see him on the court for more seasons, Dirk made the best decision for his life and his family. He is looking forward to enjoying his days, being with his family, traveling, and finding his passion.

But thankfully, he’s not going anywhere anytime soon. He’s decided to stay in Dallas and keep making a difference in the community and possibly, in some capacity, with the Dallas Mavericks. And before long, a statue will be erected to memorialize his extraordinary contributions to the team and city.

What a way to end a career! I wish Dirk and his lovely family the best as they embark upon this next season of life!

Lessons I Learned from Dirk Nowitzki

I pray my son is taking notes because Dirk Nowitzki has etched an indelible mark on the world of basketball and beyond by building a legacy of greatness we can all learn from. 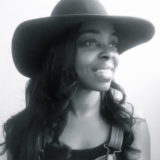 Hope N. Jones is a writer, craftswoman, stylist, music lover, and motivational speaker. Even though she wears many hats and is a city girl, Hope has a country heart and thrives on simple living! Hope is married to pianist and composer Arlington Jones, and they have two children. They live in Arlington, TX.

Theme by Anders Norén — Up ↑